Amphetamine
Signs that You are Developing an Amphetamine Tolerance

Amphetamines belong to the stimulant class of psychoactive drugs, known for their ability to stimulate or speed up the body’s central nervous system functions. According to Harvard Health Publications, as many as two Americans struggled with stimulant addiction in 2007. 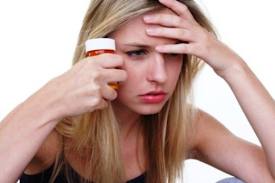 Needing to increase your dosage is a sign of tolerance.

Both prescription medications like Strattera and illegal drugs like crystal meth can over-stimulate vital processes throughout the body in damaging ways. As far as prescription amphetamines go, these drugs do a good job at treating certain medical conditions, such as narcolepsy and attention-deficit disorder. However, the risk of amphetamine tolerance increases, as well as dependency and addiction becomes all the more pressing when abusing these drugs.

Amphetamine Effects in the Brain

During the early stages of amphetamine use, users experience the drug’s positive effects, some of which include –

According to the U. S. National Library of Medicine, these effects result from amphetamine’s ability to stimulate dopamine and norepinephrine secretions, both of which are vital brain neurotransmitter chemicals. Brain cell receptor sites automatically release these chemicals when amphetamines are present.

Unfortunately, these are only short-term effects, and over time become harder to come by as amphetamine tolerance levels increase. In effect, brain cells become less sensitive to amphetamine, so larger doses must be ingested to produce the desired effects.

Amphetamine tolerance increases ultimately become the driving force behind addiction. Rather than leveling out or reaching a plateau, brain cell receptor sites continue to deteriorate the longer a person uses. Weakened brain cells have a difficult time regulating body processes, which accounts for why withdrawal symptoms develop.

Ongoing drug use eventually causes chemical imbalances to form in the brain. As neurotransmitter chemical levels regulate most every bodily process, imbalances take an especially heavy toll on the brain’s cognitive functions.

Cognitive signs of amphetamine tolerance include –

Not surprisingly, signs of amphetamine tolerance become more apparent the longer a person continues to use. With repeated use, a person comes to anticipate experiencing the drug’s effects.

In a sense, the mind develops an “expectant” dependency on amphetamine to the point where users start to crave the drug’s effects. When this is the case, a person’s tolerance level has reached a point where addiction has taken hold.