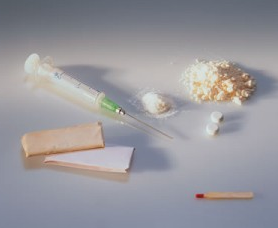 We are here to teach you the correct amphetamine facts!

Amphetamines are from a group of synthetic psychoactive drugs that affect the central nervous system. This class of drugs is known as stimulants and amphetamines are one of the most widely abused stimulants in the world.  Amphetamines are not exactly the same as methamphetamine but the two are very closely related. Methamphetamine is simply a version of an amphetamine that has been double synthesized to create a stronger, more potent and more dangerous substance.  There are many amphetamine facts that you may not know and if you’re taking amphetamines, it’s important to get the facts straight to ensure your own safety.

The National Drug Intelligence Center reports that as many as four million children who are diagnosed with ADD or ADHD have been prescribe amphetamines for the treatment of their medical condition.  While amphetamine can improve the symptoms of those who take the drugs for the correct purposes and under the correct supervision, these drugs have a very wide potential for abuse and can lead to addiction that is highly dangerous and very challenging to treat.

Amphetamines have many different street names which include dexies, ice, crystal, glass, wake-up, pick me ups and a whole list of others. The street names mostly surround the idea that amphetamines are an upper or stimulant that will keep the individual who takes them more alert and active.  Unfortunately, what many people don’t realize is that staying awake for too long or taking too many amphetamines can lead to various dangers including health complications, overdose and even death.

The fact is that amphetamines can have a number of adverse effects on the human body if they continue to be used long term.  The method of use and the type of amphetamine being used also plays a key role in how quickly an individual will begin to show the lasting effects of this drug abuse.

Some of the long term effects of amphetamine use include:

These are just a few of the side effects associated with using amphetamines for recreational purposes. The list of effects can actually go on and on depending on how long an individual takes the drugs, how much of the drugs are used and how often the drugs are used.  Of course also, methamphetamine has even more side effects and dangers simply because it is a drug that should never be used—it doesn’t even have a medical purpose.