Is There a Natural Amphetamine Alternative?

Natural amphetamine alternatives have been used for centuries and are becoming more popular with increased availability in herbal supplements, energy drinks, teas, and other formulations. These substances, however, pose similar health risks as amphetamines due to their central nervous system stimulant properties and should be used cautiously.

Amphetamines can cause a number of physical impairments, overdose, heart attacks, coma, and death. According to the Drug Abuse Warning Network, there were 159,840 emergency department visits in 2011 involving amphetamines and methamphetamine abuse. Psychological problems are also common, such as addiction, maladaptive behaviors, delusions, hallucinations, psychosis, and other health complications.

Many people are interested in using alternative substances to boost energy, increase awareness, improve concentration, lose weight, elevate their moods, or simulate the effects of amphetamines. The most common natural amphetamine alternatives are: 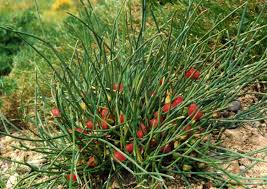 Ephedra produces amphetamine like effects and although there are several types of ephedra plants, the most commonly known and discussed is the Chinese Ma Huang plant from which amphetamine was first synthesized. Ephedrine is an alkaloid found in the ephedra plant and has a similar chemical structure to methamphetamine. Ephedra was banned in the United States in 2004 because of its dangerous side effects and it is also a precursor chemical used to produce methamphetamine.

Blackbrush acacia, also known as acacia rigidula, is a plant found mostly in the Southwest and Mexico. It works by increasing metabolic rate and decreasing appetite and is an effective weight loss. Blackbrush acacia has been found to contain psychoactive chemical compounds of:

Cathinone comes from the Khat plant found in northeast Africa and around the Arabian Peninsula. It produces similar effects to cocaine and methamphetamine and increases heart rate and blood pressure which can lead to dangerous side effects. Although khat is legal among some cultures, cathinones are Schedule I drugs in the United States. Cathinones have been found in bath salts and impose dangerous mental health issues such as depression, hallucinations, paranoia, delusions, and nightmares.

Carnitine increases metabolic energy and burns fat. It is found in red meats and nutritional supplements.

Guarana is native to the Amazon Basin and Brazil. Its most active ingredient is guaranine and it is sometimes referred to as natural “Ritalin”. The stimulant properties of guaranine are identical to caffeine and it is used to enhance cognition, memory, and motor functions.