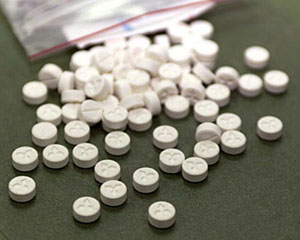 There are a variety of amphetamine street names.

The most common amphetamine street names are uppers or speed but there are many other terms that can be used to describe the drugs.  Knowing the various street terminology is especially important for parents to keep close track of what their children are talking about. If a parent doesn’t have the knowledge of the various street names of amphetamines, their teen could have a complete phone conversation about these drugs right in front of the parent without the parent ever even suspecting drug abuse—this can be a very dangerous situation.

These are just a sample of the potential names that teens or adults may be using to describe amphetamines on the street.  If you hear any of these names being used to discuss things like a party or having fun with friends, ask your teen what he or she is talking about—don’t be afraid to put it out there that you are aware of the many potential street names for amphetamines and that you think your teen or child is talking about drugs.

Almost every amphetamine street name refers in some way to staying awake, being alert, being upbeat or otherwise having excessive energy.  If you need help or think you may have a problem with amphetamines, call our helpline at 1-800-895-1695.