Who Is Most at Risk of Amphetamine Abuse?

Currently, those who are most at risk of abusing amphetamines are teens and, more specifically, college students. According to OHSU, “5-35% college age students reported non-prescription use of prescription stimulants” in 2008. Adderall is one of the most commonly abused prescription amphetamines, and this group is more likely to abuse it and other stimulants than individuals who are not in college.

Some of the statistics involving amphetamine abuse on college campuses are:

How Common are Emergency Room Visits as a Result of Amphetamine Abuse? 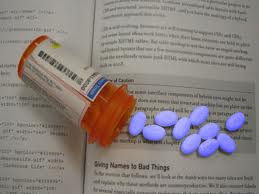 Amphetamine, and other stimulants, can “increase blood pressure, heart rate, and body temperature and decrease sleep and appetite” (NIDA). These results can be dangerous, but high doses of the drug “can lead to serious cardiovascular complications, including stroke,” which can cause many visits to the emergency room.

Are Individuals Receiving Treatment for Amphetamine Addiction and Abuse?

SAMHSA states, “From 1995 to 2005, the percentage of substance abuse treatment admissions for primary abuse of methamphetamine / amphetamine more than doubled from 4% to 9%.” However, this does not mean that all individuals who need treatment are getting it.

SAMHSA states that “169,500 [of the 1.8 million substance abuse treatment admissions in 2005] were for primary methamphetamine / amphetamine abuse” while “an estimated 1.4 million persons aged 12 or older… had used methamphetamine” in 2004 (SAMHSA). Because methamphetamine is one of the most addictive stimulant drugs and its abuse is often a sign of further drug and stimulant abuse, the treatment statistics are not proportionate to those who need it.