Anyone who’s used prescription amphetamines on a recreational basis well knows the “rush” these drugs produce and the spike in energy that results. These effects stem from how amphetamines speed up the body’s central nervous system processes. While enjoyable at the start, continued use can lead to some serious problems.

With long-term use, amphetamines essentially “burn out” the body’s central nervous system leaving users at risk of developing serious health conditions. Left untreated, an overdose on amphetamines becomes more and more likely as the drug continues to wear away at the body’s major systems.

Prescription stimulant drugs make up the majority of amphetamine-type drugs in use. Illegal varieties, such as methamphetamine typically come from illegal “back alley” laboratories. Whether legal or illegal, these drugs all work to stimulate or speed up most every major bodily system.

According to the U. S. National Library of Medicine, amphetamine effects cause the release of massive amounts of neurotransmitters chemicals, most notably noradrenalin and adrenalin, the body’s own energy boosting chemicals. The body uses these chemicals on an “as-needed basis” so any disruptions in brain chemical levels can potentially offset the body’s entire chemical system. 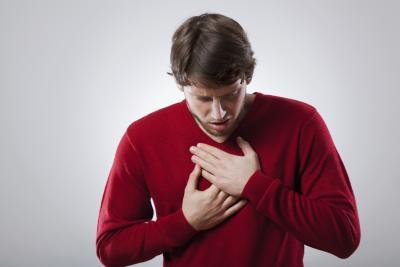 It is possible to overdose on amphetamines, and this kind of overdose is potentially deadly.

The chemicals secretions brought on by amphetamines come from specific groups of brain cell receptor sites. In effect, amphetamines over-stimulate cell secretion functions to the point where cell structures start to breakdown.

As cell structures deteriorate, the brain requires larger doses of amphetamines to produce the desired “rush” effect. In turn, users have to keep increasing dosage amounts in order to compensate for weakening brain cell responses.

According to the University of Arizona, heavy amphetamine use places an incredible strain on the body that’s comparable to the effects brought on by heatstroke. People experiencing overdose episodes will likely exhibit one or more of the following symptoms –

The body’s cardiovascular system undergoes the most damage as amphetamines typically increase a person’s heart rate while constricting blood vessel passageways. These conditions alone can trigger a heart attack.

In most cases, an overdose on amphetamines brings on fairly noticeable symptoms that likely require immediate medical attention.