There is also a “collective group of amphetamines” which includes “amphetamine, detroamphetamine, and methamphetamine.” All of these drugs are highly addictive, and someone who strays from his or her dosage even the smallest bit has the possibility of becoming addicted. Many people also abuse amphetamine or other amphetamine drugs in order to:

For all these reasons, amphetamine users and abusers have a high potential of overdosing. The more amphetamine a person is using, the higher this chance will be. Someone who is addicted to amphetamine will also build up a tolerance to the drug, taking more of it each time. Abuse of amphetamine makes overdose more likely. 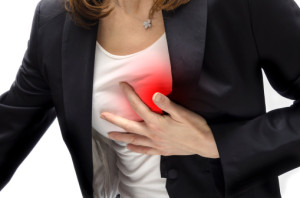 According to USC, “symptoms of intoxication, overdose, and abstinence” for amphetamine are “similar to those of cocaine.” If you believe that someone you know has overdosed on amphetamine, check for these effects:

According to the NLM, amphetamine and dextroamphetamine overdose can also result in:

People who overdose on stimulant drugs experience mood swings and delirium which makes it difficult to care for them. They might also become irritable, violent, or aggressive.

If you believe someone you know has overdosed on amphetamines, call 911 immediately and get him or her medical treatment as soon as possible.